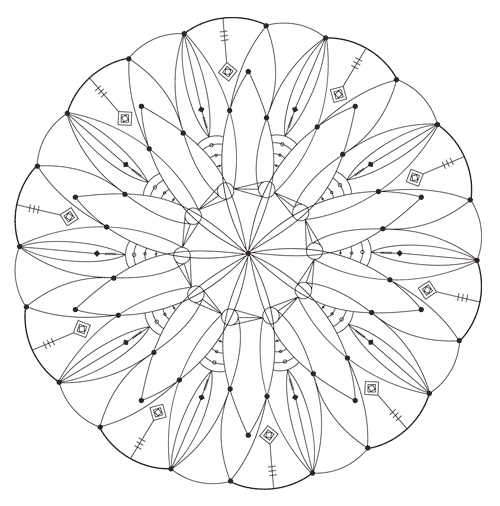 …If children can learn to live with genuine excitement and responsibility then perhaps they won’t crave materialism, substances, and escapism to fill the void of not living a meaningful exciting life. When a person feels genuinely excited about something, there isn’t a need for a drug, substance, or object to create a false sense of excitement that is a cover up or escape from not being one’s true self; or to numb the pain of living in a cruel or hostile environment.

…This required tethering the rat to the ceiling of the box with tubing and surgically implanting a needle, or catheter, into their jugular veins. The drug passed through the tube and the needle into the rats’ bloodstreams almost instantaneously when they pushed the lever. It reached their brains moments later.

Under appropriate conditions, rats would press the lever often enough to consume large amounts of heroin, morphine, amphetamine, cocaine, and other drugs in this situation.

However, it occurred to Alexander that these experiments were not at all a realistic model for drug addiction because the rats had been placed in an unnatural environment under cruel conditions. He learned that rats are naturally very social and industrious creatures who enjoy open space and sexual activity. Placing them in solitary confinement and tethered to a ceiling with a needle and catheter inserted into the body, might be similar to placing a human being in a cruel and unnatural environment.

This epiphany was the inspiration for Bruce K. Alexander’s famous experiment known as Rat Park, in which Alexander and his team designed a sort of utopian rat world with plenty of space, food, water, and other rats to socialize and mate with. He writes about the experiment results on his website @brucekalexander.com:

Alexander’s experiments with rats may provide insight into the role that cruelty, trauma, and an unnatural environment play in human drug addiction. The famous addiction specialist Dr. Gabor Mate, in a podcast interview with Russel Brand (Under The Skin Episode #53) echoes the idea that trauma is the root cause of addiction. The greater severity of trauma a person experiences, the greater the addiction.

In the previous chapter I refer to the story of Andy Irons, the professional surfer whose drug addiction eventually led to a tragic heart attack. Andy had a mental emotional condition, that began in his early childhood, described by psychologists interviewed in the documentary about his life. At times he could channel his desire to escape his condition into the best competition surfing in the world, winning three consecutive world titles. At his worst, he was addicted to various drugs that disabled his ability to compete in surf contests and caused problems in his personal life. I explained previously how I could relate to Andy’s story, and his description of a mind that he just wanted to turn off so that he could feel a sense of peace.

In my own childhood I experienced a similar type of chatty very busy mind accompanied with pain and fear, that made it difficult to pay attention in school and in personal conversations. I would often escape from my mind with creative projects, athletics, television and video games. However, these distractions didn’t take away the root of the problem. For Andy Irons, his healthy escape was surfing, and it was such a passionate distraction that he became one of the most legendary surfers of all time. His negative escape was drugs and partying, and unfortunately that was his downfall.

The problem with escapism, even positive distractions, is that they don’t address the foundational mechanism that is causing the mental emotional problem. Positive escapism is only good while the person is active in that distraction. Andy couldn’t stay surfing in the ocean all day and night 24/7. Realistically there isn’t any escape that can keep a person constantly distracted from their negative subconscious programming.

Finding the tingling sensation communication for me was like Andy finding his surfing. I found excitement, peace, comfort, and ease in this new way of life. However, I wanted to feel that way all the time, without confronting foundational mental emotional issues that had been with me since childhood. I became obsessed and addicted to following and focusing on this tingling sensation. It became my greatest escape, because I could apply and follow it in everything I was doing at every moment. Although it manifested very real magical synchronicities and profound experiences, I also experienced a great deal of negative synchronicity.

I experienced how my subconscious programming, childhood fear, trauma, and bad communication strategies would surface and cause disruptions in my synchronous flow. Rather than search for the negative beliefs and definitions that these behaviors were rooted in, I would justify my behavior by the tingling synchronous sage-like profound path I was experiencing that seemed infallible. I would come to later understand that this thinking was a delusional fallacy, and that although the synchronicity was real, and although I could have very real profound experiences following my tingling sensations and other mystic practices, I was delusional in thinking that I was justified and righteous in the face of manifesting negative synchronicity, negative emotional states, and dark side manifestations due to the negative programs still active in my subconscious.

I had to repeat the same frustrating negative patterns for many years before I finally humbled myself and came to the realization that I was responsible for the “bad” experiences manifesting in my life. That doesn’t mean I take responsibility for the negative actions of others, or the corrupt institutions of government and economy, but I do take responsibility for my emotions and my ability to respond to life in a positive or sometimes neutral way regardless of what life is giving me.

When I feel emotionally triggered; upset, frustrated, angry, anxious, sad, violent, or depressed, I take a moment to evaluate the underlying negative beliefs that are generating the emotions. When I find the injured part of my subconscious that is surfacing with those emotions, I give that part of myself a new positive definition about that aspect of my relationship to whatever triggered me. Through this process I have been increasingly more at ease, and able to manifest a more positive relationship with myself in which I don’t engage in escapism and distractions.

I still have a relationship with substances, intimacy, and spirituality, but I have transformed those relationships into something positive and healthful. For example, the relationship I have with my wife isn’t centered around an addiction to intimacy. We aren’t using one another to fill a void or distract ourselves from the pain of our subconscious. In fact, when we emotionally trigger each other, we both allow ourselves to take the time to meditate on what part of ourselves feels triggered, and how we can redefine that aspect of ourselves in a way that is in alignment with love, peace, excitement, and the essence of the soul. We don’t need each other to be happy, but rather we add to one another’s independent self-sufficient excitement and happiness…

Excerpt From The Depth Of Synchronicity, Chapter Nine